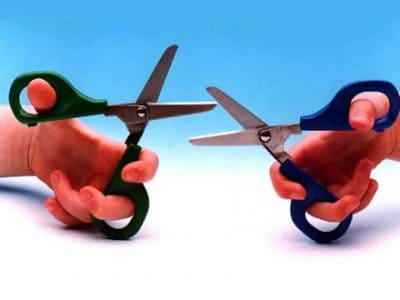 Scissor use can be a daunting task for children. Problems can be caused by a variety of factors. Decreased finger and hand strength, visual-motor difficulties, decreased motor planning, and even merely a lack of experience can all play a part in the struggle of using scissor effectively. Scissor use is an important skill, and placed highly as a developmental milestone and common core educational goal. It is something that is unfortunately quite often, left out of a child’s home life. Scissors of course can be dangerous, as with just about anything, if left in the hands of an unsupervised child who has not been taught the correct and safe use. With that said, the following explores the use of Noggins in the development of safe and effective scissor use in young children.

When it comes to using scissors effectively, there are 4 main components. These are: Grasp, Concept, Orientation, and Motion. Difficulties can arise within each, or sometimes all of these. For clarification, “Grasp” refers to the way in which the scissors are held, where and how the fingers are placed. The “Concept” is an overall understanding of how scissors work. “Orientation” is the position of the scissors in space in relation to the paper (or whatever is being cut). Finally, the “Motion” is simply the opening and closing of the scissors. We will explore each component in further detail below.

The proper grasp of scissors is to have the thumb in the top loop, with the index finger just outside the bottom loop, and middle finger in the bottom loop (the ring and pinky may also be inside the bottom loop depending on the style of scissors). This is very closely related to orientation, and since both components are dependent on one another, we’ll continue with that. The proper positioning is to have the thumb up, with the scissors perpendicular to the floor and ceiling. This is achieved through a visual cue offered by the Noggin. When attached, the top blade becomes the head of the character, and the bottom blade becomes the bottom jaw, prompting the child to position the scissors in the correct orientation, which further helps to encourage proper finger placement and grip.

The next component is the concept, and when the grasp and orientation are correct, this is more easily understood. This is also made clear through the generalization of “eating” or “biting”. As said, the Noggin is now positioned on the scissors in such a way that the bottom blade is the lower jaw, so when the scissors are opened and closed, the Noggin appears to be opening and closing its mouth. This action is familiar and understood already, and therefore reinforces both the concept, and the final component of scissor use, the motion. Using the language of “bite” and “eat” when referring to snipping and cutting with the scissors deepens the connection, and solidifies this understanding of the proper motion.

Lastly, as an added bonus, there is the tremendous benefit of motivation when Noggins are used to teach scissor skills. Often, we as teachers, parents, and therapists lose the motivational fun and play aspect of skill development. When using Noggins, the task is no longer cutting paper or learning scissor skills, it is feeding a pet puppy, or a dragon biting down a tree, or a bear eating a snack. The work becomes hidden in the play, and the learning is disguised as fun.