The Demise of Cursive Writing 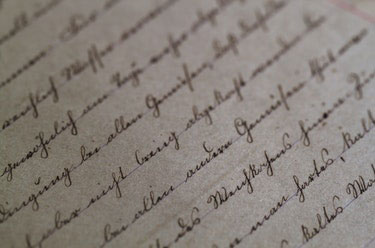 It seems that we are producing a generation of printers – children who have not learned how to write in cursive. I’ve heard many opinions on this topic, ranging from, “How will they ever get by?” to “Does it really matter?” First, let’s take a look at why fewer and fewer children are learning cursive writing.

From my perspective, there appears to be two reasons why cursive is not taught in many classrooms: 1) It’s not part of the curriculum in every state, and 2) Many, many other things ARE part of the curriculum. Teachers have their hands full when trying to prioritize learning goals and maintain a steady pace without leaving students behind. Adding in a skill that isn’t a required expectation can be easier said than done.

I’ve been thinking about the consequences of raising a generation that can’t write in cursive. Some would argue that we have an older generation that can’t operate technological devices. Are they becoming extinct because they can’t check Facebook, they do all their banking in person, and they use a landline instead of a cell phone? Of course not. If they can get by without owning a tablet, I think our tech-savvy generation of printers will be okay.

I have heard the argument that our children will grow up without learning how to write their signature. They won’t be able to sign checks (Will they use them anyway?), or sign on the dotted line when they buy a house or sign an employment contract. I really don’t think this will be a problem. I know I was devising my own fancy signature long before I learned cursive, and both my kids have done the same. I think we’re not giving this generation enough credit if we think they’ll be completely lost as to how to sign their name in some way other than printing. If they’re really struggling, they’ll just Google it!

I also see a move towards more typing and less writing 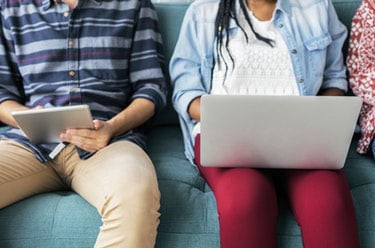 in many settings. High school and college classrooms are filled with students who are taking notes on devices. Workplaces are filled with technology. I have heard of many going paperless but none championing a “more paper” initiative. When paper is necessary, it’s not that our kids won’t know what to do with it, they’ll just print instead of write. And if they are handed a page written in cursive that they can’t read, I guess they’ll just have to get one of their older colleagues to translate…and then giggle about the old guy in the office down the hall who can’t remember his computer password.

It does seem a little weird to me that cursive writing could go from being the norm to being a dying skill. But it hasn’t been banned. Those who want to learn cursive still can. There are many things I teach my kids that aren’t part of the curriculum. When I’m showing them how to mow the lawn, check to see if a turkey is fully cooked, and pay for their gas at the pump, I’ll remember to add “cursive” to the list too.