The time when children are transitioning from one activity to the next can become problematic without a clear plan in place. And by problematic, I’m talking about noisy, off-task behavior. So build your repertoire of tricks to keep students engaged, even when there are lulls as one activity ends and the next one is coming up.

Young children can be kept engaged through songs or nursery rhymes. For example, if everyone is ready to go outside minus a few stragglers who are still getting their coats on, lead the rest of your students in a familiar song or nursery rhyme. And if you’re bashful about your voice, take it from me, young children are typically unconcerned about how skilled you are in the vocals department. Sing away!

“Slow reveal” is a quick game you can play at the carpet while you’re waiting for students to join you. It’s also a great way to add in some letter-sound practice. Print a word on a card that students will be familiar with, spacing the letters apart a little more than usual. Cover the card with a second one. Hold them up and reveal only the first letter of the word. Ask students to guess what the word may be. This allows you to quickly assess who is on top of their letter-sounds! Slowly reveal the second letter and invite students to continue guessing. The game continues until someone solves the word. I like to begin with students’ names, which their classmates typically get to know quickly because they’re displayed in different areas of the classroom. (e.g., on their coat hooks, on work on bulletin boards) My next step is to use sight words that we’re learning. 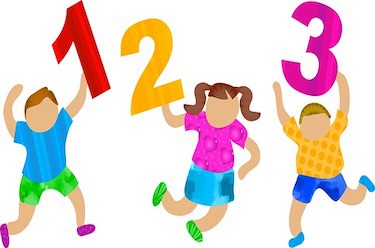 Transition times can also be filled with practicing rote skills like counting. Students can count together or one at a time, down the line. They can count by ones, fives, tens, backwards or by whatever counting skill you want them to practice. The same holds true for reciting the alphabet, vowels, or other things you’re learning in class.

You can also have quick and simple games up your sleeve to fill in the gaps between activities. “I Spy” and “Simon Says” are easy because they require no equipment. Another game that is often a hit is “Changes.” Have everyone take a good look at one student, then ask her to go somewhere out of sight. While she’s gone, she changes one thing about her appearance, like untying a shoe or tucking in her shirt. She then returns to the group and takes guesses from the class about what she changed.

You might also wish to use transition times to incorporate a movement break into the schedule. Ask students to move in different ways, like marching, doing an elephant walk, or pretending they’re skating. Transition times might also lend themselves to a quick routine from GoNoodle, which students can join in on as they finish with the previous activity.

My best advice when it comes to managing transitions is to reduce the number you have throughout the day. Frequently asking students to start and stop activities can be frustrating and hurt the flow of the day. For transitions that are necessary, give some thought to how you can make them smooth. And have some ideas, like those above, tucked away for those unexpected times, like when your class is waiting for the previous one to leave the gym. Instead of chaotic, these times can be calm and purposeful.