An Open Letter to the School Bully

There are so many things I want to say and ask you that I don’t really know where to begin. I guess I’ll start by asking you why you do and say the cruel things you do.

Do you realize how hurtful your words and actions are to those you’re attacking? Do you ever think that your victim goes home every night and cries and wonders what’s wrong with them?

I don’t think you do.

I don’t think you’ve ever put yourself in their shoes for one minute. If you did, you’d probably stop bullying because I don’t think you’re as tough as you pretend to be. I think you use bullying as a way to hide your own fears and faults. Bullying is your way of building a bubble around yourself so no one can hurt you. Everyone is afraid of the big, bad, bully, right? No one would ever cross you because they wouldn’t want to be at the receiving end of your wrath. They’ve seen what you can do.

While a lot of other people may dislike you, I actually have mixed emotions. I certainly don’t like what you do, nor do I condone it. But, part of me feels sorry for you. I feel sorry that you get some type of euphoria from making others feeling bad about themselves. Although some may say that you don’t have self-esteem issues, I argue that you do. I think you do the things you do because you’re missing something.

I feel bad that someone is not there for you to tell you that what you’re doing is wrong and that you should stop. Maybe I’m wrong; maybe there is someone there and maybe you just refuse to listen. Whatever the case, bullying isn’t helping anyone, so it’s time to stop. 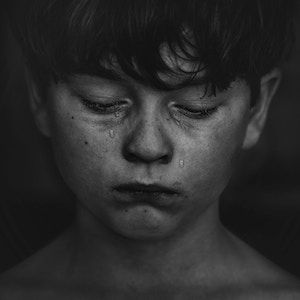 Whatever you’re doing to hurt someone else, stop.

I’m not saying you need to turn around and become best friends with everyone you meet. But, you do need to show everyone a common level of respect and just let them be who they are. Don’t pick on them for the faults you assume they have or because you don’t like their appearance. They are human beings just like you and deserve to be treated as such.

Here’s another question for you. What would happen to you if you stop bullying? Would your life get worse? I don’t think it would; in fact, I think it would only get better. You wouldn’t have the fact that you’re hurting someone else on your conscience. You could actually start feeling good about yourself knowing that you’re not doing anything to hurt someone else. Think about all of the free time and energy you would have to do other things. There are so many other things worth your time and energy than bullying.

If your mom or dad is reading this too, I implore you to tell your child to stop bullying. The effects of their actions are so far-reaching that they may not realize the damage they’re doing. How would you feel if your child was bullied and came home crying every day or worse refused to go to school for fear of getting terrorized? I don’t think that would sit that well with you.

Ask your child what motivates them to bully. You may be surprised at what you discover. Be the example your child needs and show them that bullying will get them nowhere.

If every bully would just take a little time to stop and examine their actions and words, we may be able to save children from becoming victims.

It’s a worth a shot, don’t you think?

One Concerned Parent Just Trying to Make a Difference 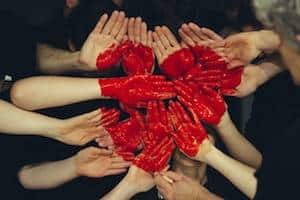