Why Our Kids Play Competitive Sports

I was recently privy to a conversation where a parent was describing her family’s schedule, which was filled with her children’s sporting events. Most evenings and weekends, at least one child, if not both, had a game or practice. Another parent wrinkled her nose and commented that this was exactly why her kids would never play sports at a competitive level.

Minus the nose wrinkle, I understand both parents’ perspectives. With a son and daughter who both play rep sports, I see the tremendous benefits to playing sports at a competitive level. As a mom who works full-time and runs my kids to games and practices almost every day of the week, I also understand how this lifestyle doesn’t appeal to everyone. Throw in the three-day tournaments in cities a few hours away and the 6:30 a.m. ice times during the week, and I really understand that not everyone loves this lifestyle. But we do. And here’s why: 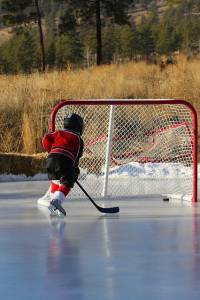 Our kids LOVE sports. They have had to narrow their focus because there literally is not enough time for them to play every sport they enjoy. Our son plays competitive-level baseball in the late spring and summer and competitive-level hockey through fall, winter, and early spring. Amidst that, he finds pockets of time to golf, ski, swim, and play school sports like football and basketball. Our daughter plays competitive-level hockey through fall, winter, and spring then enjoys other sports, like swimming, gymnastics, and soccer when she has some down time. They play all these sports because they genuinely love them and it makes them happy. If they didn’t love this lifestyle, you can bet we wouldn’t be putting so much time, energy, and money into it.

We have many friends whose kids play baseball or hockey but choose not to play at the competitive-level. On the contrary, our kids prefer playing competitive-level. Both our son and daughter have a strong sense of intrinsic motivation and a drive to succeed. They don’t complain about early morning practices or missing a birthday party because they have a tournament. On the contrary, they are bothered by teammates who only show up to games and practices some of the time or who don’t put forth a consistent effort. Our kids are happiest being surrounded by like-minded peers who have the same love of the game and the same level of commitment and drive. To be perfectly honest, they were annoyed by the grass-pickers and the snow angel-makers before they started playing competitive-level sports. They want to play, they want to learn, and they want to do well.

Our kids have also noticed that house league or recreational teams get less time on the diamond or ice than their competitive-level counterparts. There are fewer games and practices and perhaps only one tournament instead of three or four. That tournament might be local, too which eliminates the weekend hotel stay, complete with a pool and team dinners. Our kids genuinely love all the time they get to spend with their teammates, playing the sports they love. They like visiting other towns and cities. The weekends away are big events for them. They don’t ask us for less time playing sports; they ask us for more. 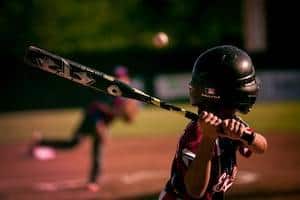 To dispel a comment we often hear in the sporting world, we are not under any illusion that our children will be playing in the NHL or MLB one day. At this point in time, their attitude, effort, and skill allow them the opportunity to play at a competitive level, they enjoy it, and we’re able to support them. That’s as far as we’re looking right now. It’s highly unlikely that either of our kids will ever draw a paycheck from playing sports. And that’s perfectly fine. It’s also fine if one day, our kids decide they want to quit a sport or play at a recreational level instead. It’s all about them and their enjoyment.