When school starts you get the influx of notices, fundraisers and everything else under the sun…including birthday party invitations for children you’ve never heard of. 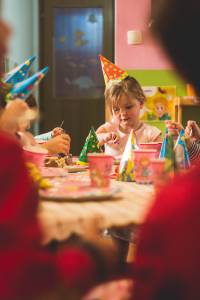 Because many classrooms have a policy that if you’re going to hand out birthday party invitations in school, you need to give one to every child in the class so no one feels left out. While that’s all warm and fuzzy, the result is a bunch of invitations for kids you don’t know.

When you ask your child who the invitation is for, sometimes you’ll get an honest, “I don’t know. I don’t really talk to her.” Other times your child will tell you that’s their BFF although you’ve never heard the name spoken once before in your house.

If you’re lucky your child won’t want to go to the party and you can politely decline and move on.

If you’re not so lucky and your child is one of those who doesn’t want to miss anything, it’s time for a quick lesson of picking and choosing. This is a good time to start explaining that sometimes in life we need to pick and choose what we do. There are times we can’t do everything. When it comes to birthday parties, it’s not only a case of not being able to afford birthday gifts for the entire class, but also a matter of how you want to spend your time. While kids may not fully understand either concept, it never hurts to start teaching.

When the invitations start rolling in, consider how well your child knows this person and how badly they want to go. If my child pauses when I ask who the invitation is for because they’re not really not sure if it’s the blonde girl who sits in the front or the brunette, that’s an immediate, “sorry, we cannot attend.”

If my child sincerely knows the child and wants to go, I will probably let her go, but with the understanding that we may not be able to go to the next one. I don’t really think that’s being mean, do you? I think it’s being realistic.

Let’s face it…kids’ birthday parties aren’t cheap these days. I think it puts pressure on parents (and kids) to invite the entire class when in reality they don’t want to. 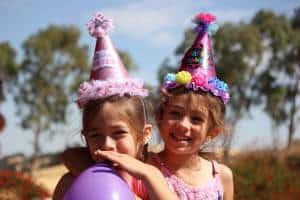 Get the phone numbers of the parents whose kids your child really does want to invite. If they’re really friends, you probably have their info already. Invite only them without broadcasting the party to the entire class. While there may be a couple of kids who feel left out, there will be plenty who won’t even give it a second thought. You’ll also be making a lot of parents happy by not flooding their home with birthday party invitations!

It’s a win-win for everyone!