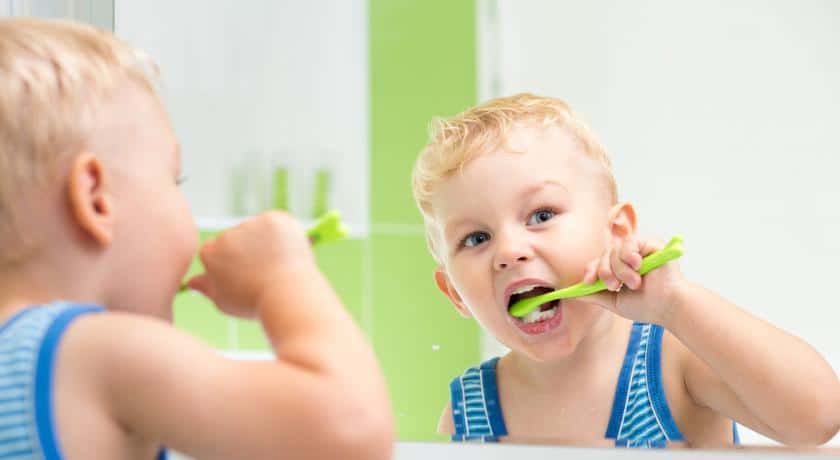 As parents, we take great care of our babies into toddlerhood. We feed them, dress them, and help them when they struggle. When these children become school-aged though, it’s time to make sure they have the skills needed to be successful and independent during class time and social situations with their peers. This is where self-reliance comes into play. You cannot always be there to hold your child’s hand or help them tie their shoes (even if we wish we could) so it’s best to set them up with the skills to be confident in themselves before and during their ventures into the real world.

We may not be thinking so far into the future while our children are not quite independent yet. You don’t expect your child, who was playing with barbies just a few months ago, to be asking to go out with friends or on sleepovers. But time flies and the saying “they’re only little for a little while” rings very true. Thankfully there are strategies you can use today to help your little one!

First things first, stop doing for them what they can do (or learn to do) themselves!

It can be simpler to just button the button, zip the jacket, or tie the shoes for your child rather than waiting for them to practice but you have to let them try! The first step to fostering independence in your child is teaching them to take care of themselves. We probably don’t even think twice about assisting our kids with simple things like dressing or brushing their teeth, especially when we are pressed for time. But when we don’t give them the chance to practice these skills, they won’t learn them. And how could we expect them to?

A good strategy to help is to give them a time frame and tell them your expectations. If you know you have to leave the house at a certain time, make sure you tell them to start getting ready far in advance. It’s no secret that children are masters of procrastination and our tactic of “parenting to get through the day” can leave us frustratedly putting on coats and shoes, which is something many school-aged children are capable of themselves.

This part takes patience and time. It’s a learning curve for the children with the new skill, and us having to take a step back. Once they build up their abilities, you’ll see growth in their self-confidence, and they may be ready for new responsibilities.

Ask for their help around the house.

Another way of giving your child a chance to be independent is by giving them age-appropriate chores to do around the house. Younger kids are capable of picking up their toys and putting them away, fixing their beds, and putting their laundry in the hamper. Older kids may be able to empty the garbage, set the table for dinner, and load the dishwasher. This is another opportunity to have them feel like a part of the help instead of them expecting everything to be done for them.

We all know there is no magic fairy that comes to clean up after them. When you set those chores out for them, they can hold themselves accountable and practice self-reliance.

Let them have some say in decisions.

Ultimately, the choice is yours, but when you give a child options and ask them to make a decision it can strengthen their critical thinking. It can be as simple as asking them which brush they would like to use for their hair or what your family should consider having for dinner. When given these opportunities to decide, children start to become more independent and get the fulfillment of having their voices heard and ideas recognized.

This all helps build their self-esteem and confidence. They will get used to choosing things for themselves and these skills will carry them into navigating future choices.

Encourage them to figure it out themselves.

Whether it’s finding a toy or an argument with a sibling or friend, guide them through it without doing it for them. Children have to build on their critical thinking and guiding them with questions can help! “Where did you have it last? Have you checked …?” While it seems small, it really builds their self-confidence when they get a sense of accomplishment of doing something for themselves. When they’re arguing with a sibling or a friend, ask them why they feel that way and offer words of encouragement to get them to see all sides of the issue. Children have big feelings and sometimes it boils over so it’s good to guide them to work out their feelings rather than telling them to “stop crying” (even if we really want to!)

Create an independent home and let them make mistakes.

Everyone makes mistakes, they’re inevitable. It’s how we all learn! As long as you show confidence in their abilities, you can keep them from getting discouraged. Remember to tell them how proud you are of them for even trying!Small changes throughout our days can make a big difference in our children’s lives. Something as simple as letting them choose their clothes can encourage them to dress themselves! Giving them a chore around the house can give them a feeling of accomplishment and confidence. Guiding them through their big feelings can help them regulate their emotions more easily on their own. When nurturing self-reliance and independence in your child, remember that encouragement goes a long way and you can start at any time to make your dependent child more independent!